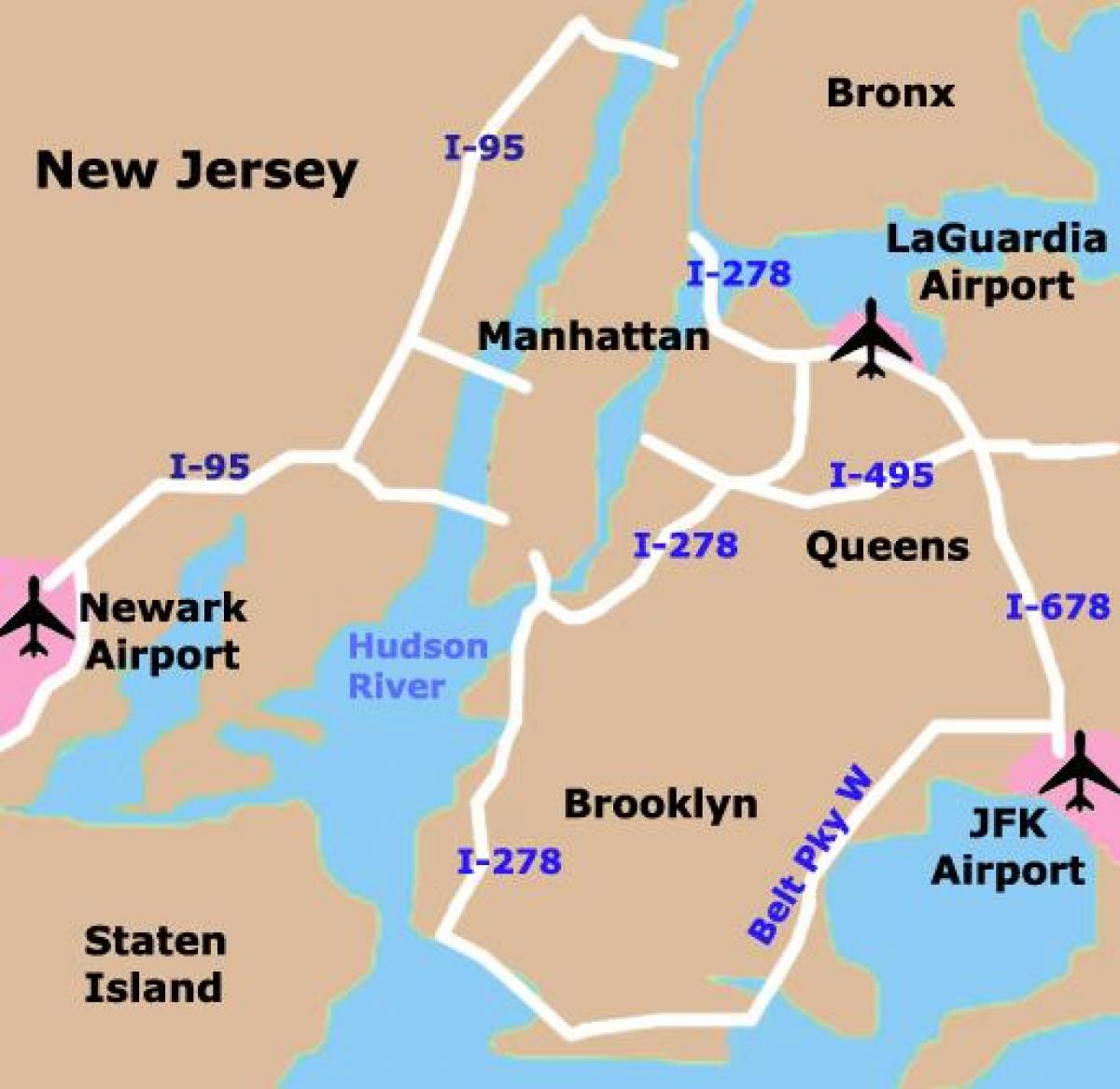 Getting to and from the three major New York area airports can be expensive and time-consuming. In general, the most expensive Brooklyn-to-airport trip is to Newark, followed by JFK, and then LaGuardia. JFK is the easiest to access via public transportation as its mentioned in Brooklyn airports map. But none of the area airports is served by a direct rail connection to Brooklyn, as you might find in some European cities.