You can find on this page the Brooklyn topographic map to print and to download in PDF. The Brooklyn elevation map present the topography, river and relief of Brooklyn in New York - USA.
Brooklyn is part of the eastern coastal plain. The flat topographic map of Brooklyn represents one of many map types available. Look at Brooklyn, Kings County, New York, United States from different perspectives. 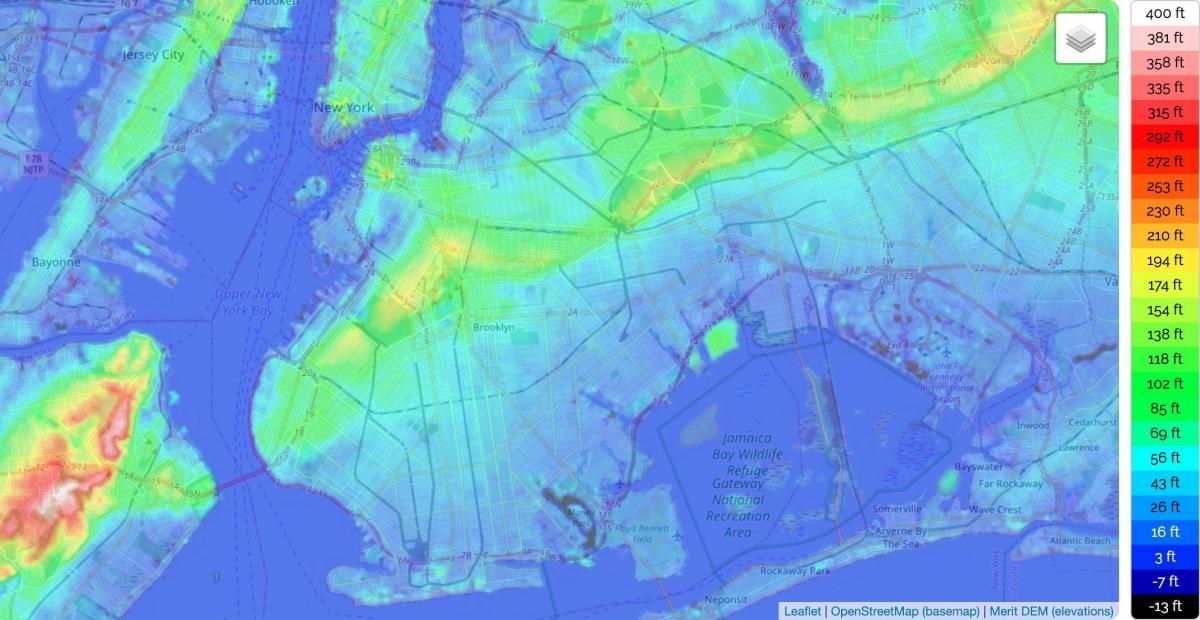 Brooklyn is listed in the Cities Category for Kings County in the state of New York. Brooklyn is displayed on the "Brooklyn" USGS topo map quad. Anyone who is interested in visiting Brooklyn can print the free topographic map and other maps using the link above. The location, topography, and nearby roads & trails around Brooklyn (City) can be seen in Brooklyn elevation map layers above.  The latitude and longitude coordinates (GPS waypoint) of Brooklyn are 40.6501038 (North), -73.9495823 (West) and the approximate elevation is 49 feet (15 meters) above sea level.

Battle Hill is the highest natural point in Brooklyn, New York, United States, at 216 feet (66 m) above sea level as you can see in Brooklyn elevation map. Also known as Gowan Heights, it is located in Green-Wood Cemetery in the western portion of Brooklyn. The hill is part of the Harbor Hill Moraine, a terminal moraine formed during the last glacial period. The hill got its name as the location of a confrontation in 1776 between American and British troops during the Battle of Brooklyn in the American Revolutionary War.