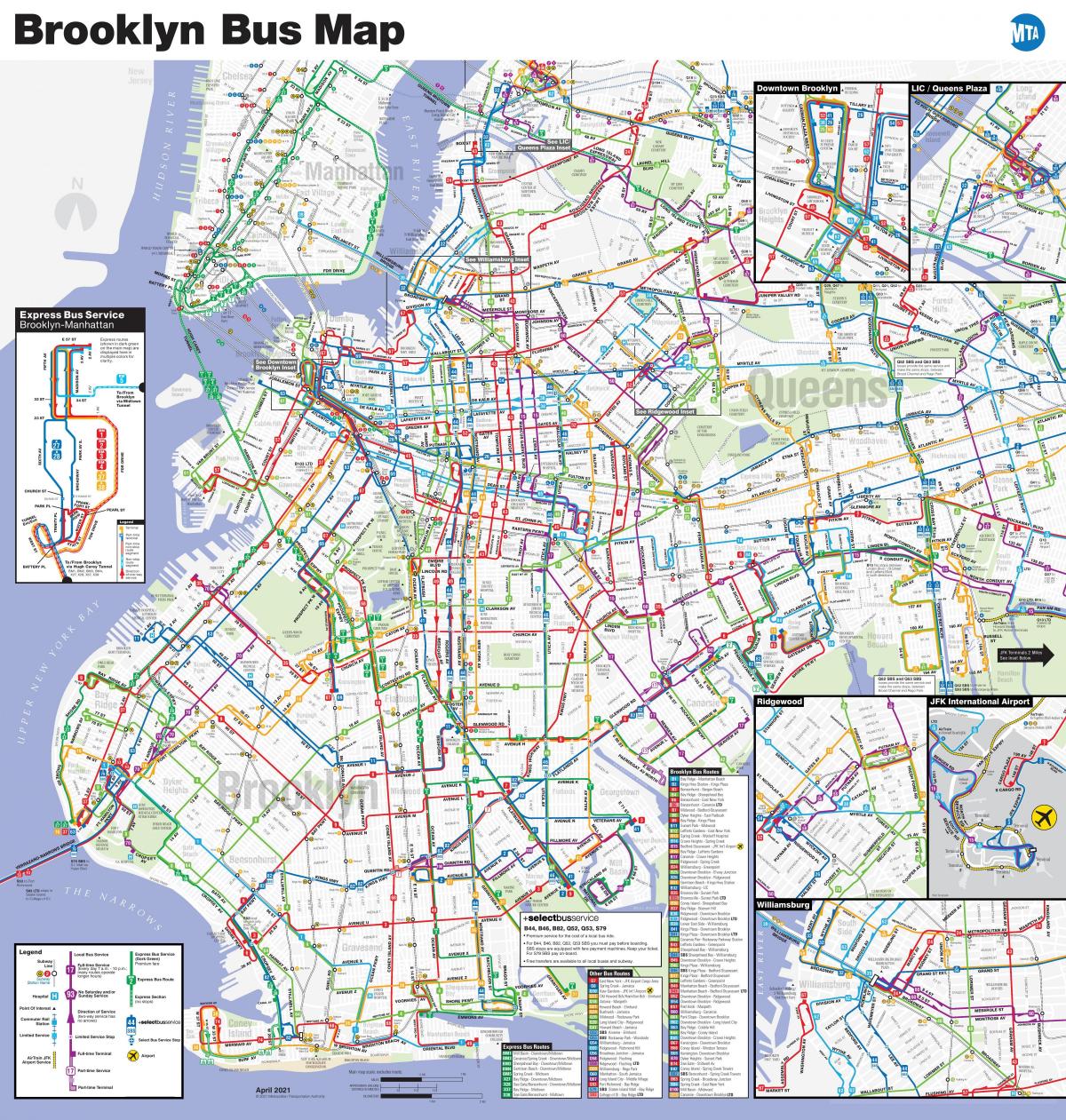 The Metropolitan Transportation Authority (MTA) operates a number of bus routes in Brooklyn as its shown in Brooklyn bus map. Of the 55 local lines in Brooklyn operated by the New York City Transit Authority, about 35 are direct descendants of one or more streetcar lines. The remaining lines are new bus lines and emerged in the 1930s. Only the eastern section of the B82 (now B50), B83 and B84 were created by New York City Transit from scratch (in 1978, 1966 and 2013).

Be careful, some buses are called "Express" and only stop every 10 blocks. Convenient to save time as long as you do not miss your stop. Buses are marked with a route number and an indication of where they depart and where they are going. Buses are blue-white in color, they have a number and a letter and a digital sign that displays the destination. The public bus network covers the entire borough as you can see in Brooklyn bus map. There is also daily express bus service into Manhattan. New York famous yellow cabs also provide transportation in Brooklyn, although they are less numerous in the borough.

The Metropolitan Transportation Authority (MTA) has announced a first series of public open houses as part of a comprehensive redesign of the Brooklyn local and express bus networks, which will redraw the entire borough bus routes for the first time. MTA will review all local, Select Bus Service and express bus routes in Brooklyn (see Brooklyn bus map). Planners and MTA officials will also conduct an analysis of current and future market needs, travel trends and current bus performance and reliability. Collectively, this work will help to identify enhancements such as new routes, changes to service frequency, transit priority treatments or bus priority signalling technology.